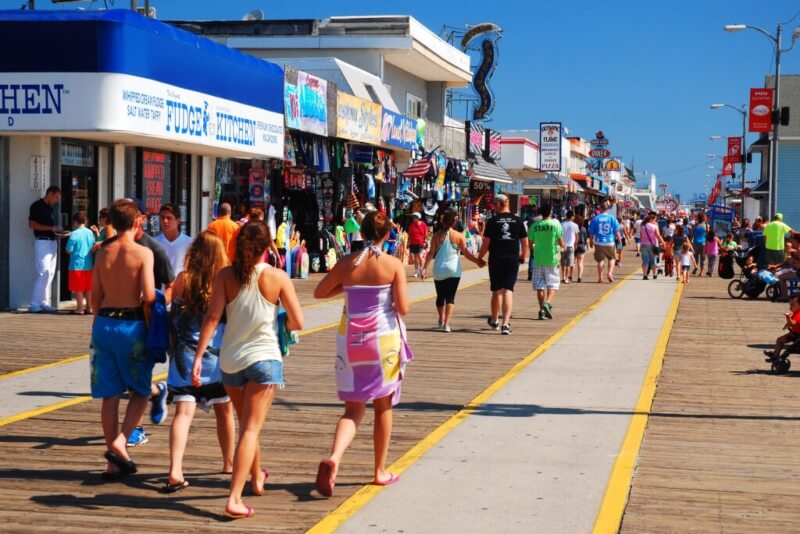 Wildwood is known for its large beaches, miles of endless boardwalk fun, and its old-timey Doo-Wop inspired architecture including bright neon signs that light up the town. Besides the pretty beaches and fun theme parks, the town itself has a ton of interesting history.

Fun Facts:
The Wildwoods Boardwalk Sightseer Tram Cars were originally built for the 1939 World’s Fair in New York City. For fifty-six continuous years the Tram Cars have ferried tens of millions of visitors and locals alike along our Boardwalk. Today, the Tram Cars can operate for up to 12 hours at a time on the power of a single 2,000 pound electric battery!

Hunt’s Pier, built on the site of Fun Chase Pier, was a favorite of the 1960s and early ’70s, with the Flyer roller coaster, Golden Nugget Mine Ride, and Pirate Ship haunted house. Hunt’s closed in the 1980s, re-opening briefly as Dinosaur Beach Theme Park.

Morey’s Piers, now occupying three sprawling amusement piers, began as just a modest section of the Wildwoods boardwalk. In 1969, Bill and Will Morey Sr. purchased two lots of boardwalk in North Wildwood at 25th and 26th streets. They called this space Surfside Pier and opened the following summer with a giant fiberglass slide called the Wipe Out. Guests paid 25 cents to slide down the ride in burlap sacks.

If you’re a local, you know the best gifts shops on the boardwalk are here! Boardwalk’s Best Gift & Variety Store, Elby’s Variety Store, and Five Mile Marketplace are the result of over 70 years of hard work and dedication to the Wildwood, NJ community. These stores have contributed to the magic and nostalgia of what the Wildwood boardwalk is today.

Here in Wildwood, you have a pick between boardwalk food, small eateries, and gourmet restaurants. You can’t go wrong with a slice from Mack’s pizza or a burger from the Doo-Wop Diner. We also offer tons of sweet treats such as the ambiance of an old-fashioned ice cream parlor like Duffer’s.

Tourism officials foresee the potential for the 2019 Wildwoods’ season to be even bigger than years past with the help of an improved economy, new FREE events and attractions, new eateries, fun festivals, and events and free weekly concerts! 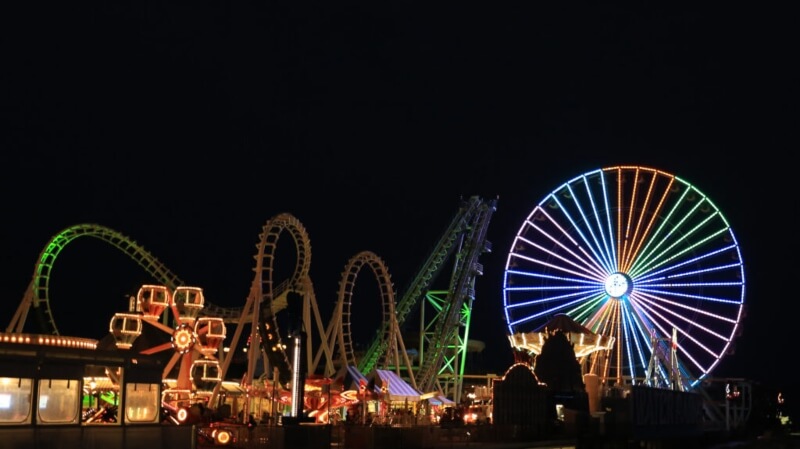